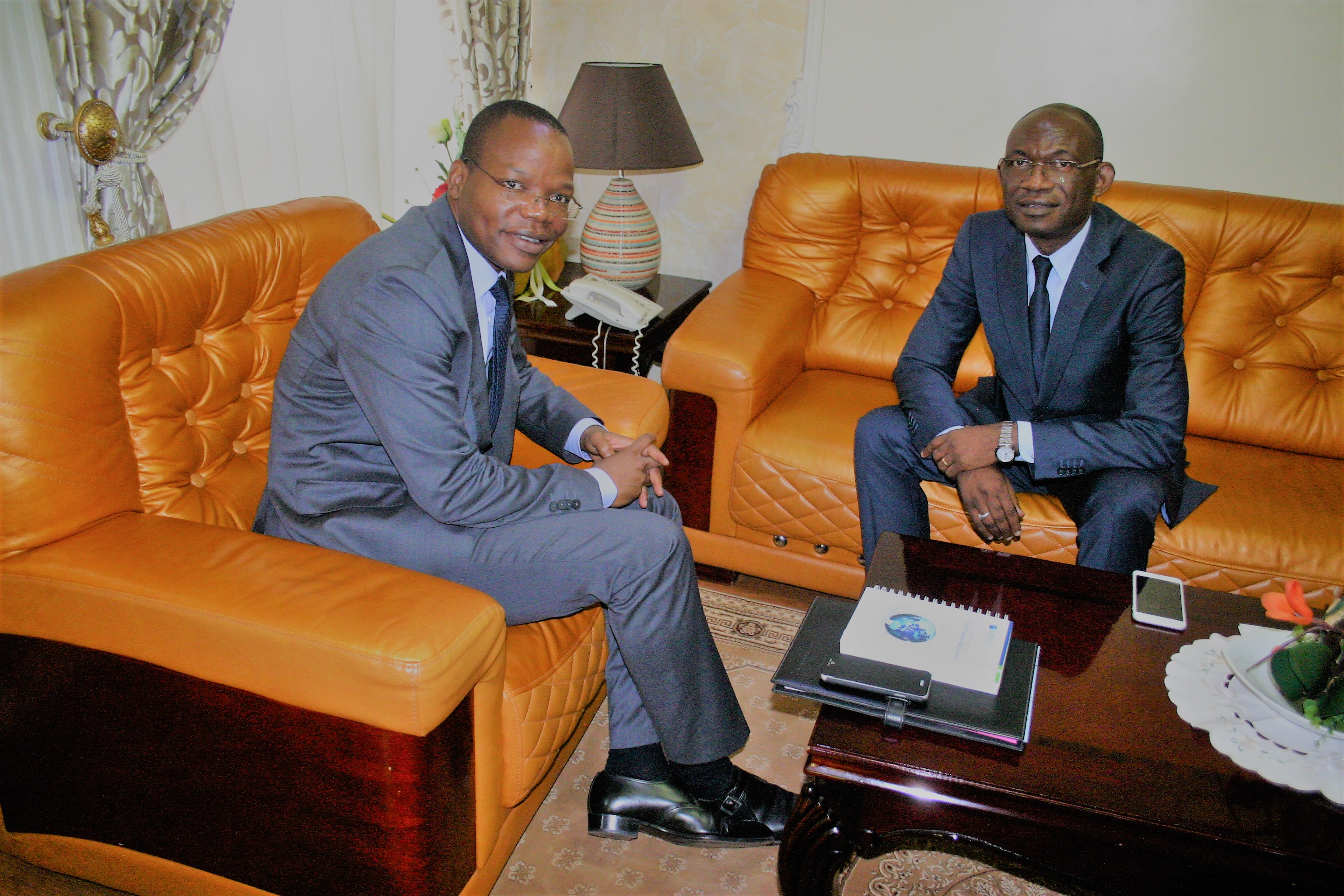 From the onset of this platform, the Heads of these prestigious financial institutions saw the need to strengthen their performance, in a context marked by a fall in tax revenue and the need to reduce the State’s life style. This calls for the adoption of a cooperative and dialogue framework, for a better management of public resources. In addition, the constant search for strategies to enable the successful implementation of the recent measures taken by the Minister of Finance to optimize taxes and levies for the execution of the State budget constitutes one of the objectives of the setting-up of this participatory framework.

During the first meeting in July, deliberations centred on two priority points, notably: earmarked or on-going actions on all budget nomenclature expenditure concerned by the implementation of the instruction instituting the prior commitment and clearance of taxes and levies due on disbursement decisions and formalization of a cooperation and information exchange protocol between the two public bodies.  Recommendations were made thereof as well as a follow-up and implementation of activities matrix.

A dynamic discussion framework and the need for capacity-building

During the 17 October working session, guided by both Directors-General, participants, comprising officials of both directorates general first of all reviewed the summary table of expenditure types on disbursement decisions subject to deductions at source. The goal sought by the joint technical team is to limit the loss of tax revenue necessary for proper budget execution.

Deliberations also centred on the draft protocol to formalize the cooperation agreement between the two Directorates General.  Far from mere media hype, this project concretely translates the DGI/DGB “modus operandi” in the near future. This document which is subject to improvement pursuant to instructions from the Directors General, translates the need to share and exchange budget, accounting and tax information, henceforth through a synergy.

The will of these public bodies is to limit information asymmetries, curb methodological discords in the processing of transverse issues.

In this respect, the DGB and DGI intend to densify the skills of their staff by organizing thematic seminars on the needs expressed by each of these public bodies. A training calendar shall be drawn up the in coming weeks as part of this measure, as stressed by both Directors General.

An initiative to be strengthened by the DGB

We have passed the period when each MINFI entity played its role without considering the effect of it action. In this new synergy initiated by the assessment entities, the DGB is committed to bridging the discussion pool and synergy of action with other entities, notably the DGD and DGTCFM, in a bid to help optimize the performance of the Ministry of Finance and thus attain Cameroon’s growth objective. This collaborative dynamic translates the DGB’s projected move to modernity geared towards the improvement of transparency in budget execution at a time when budget discipline is a categorical imperative.