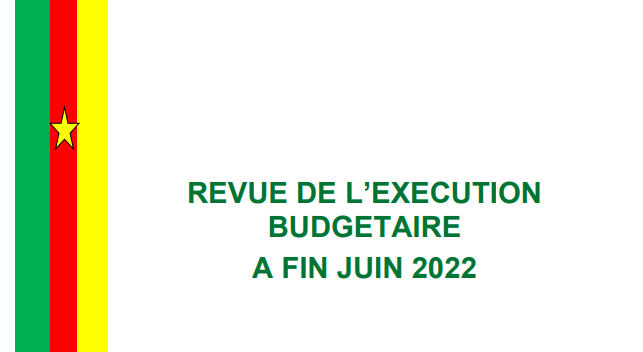 Mobilized budgetary resources increased to 630.5 billion as compared to 2 120.0 billion that was mobilized during the first half of 2021, mainly due to an increase in internal revenue.

Concerning budgetary charges, they increased to 50.2 billion as compared to that at the end of June 2021 established at 2 446.0 billion due to an increase in debt services leading to a decrease in current expenditure (excluding interests) and expenditure on investments.

Efforts to raise resources, especially those for financing, to improve the consumption of investment appropriations and a mastery of operational charges should continue in the second half of 2022, in order to guarantee the achievement of the objectives of the economic and financial program and to meet the growing social and security needs.  At the same time, continued efforts of all national actors in the budget execution chain and development partners will permit the Government to better implement main actions provided in the Amending Finance Law of 2022.

Audit of the floating debt: The Minister of Finance extends the deadline for the submission of claims confirmation documents