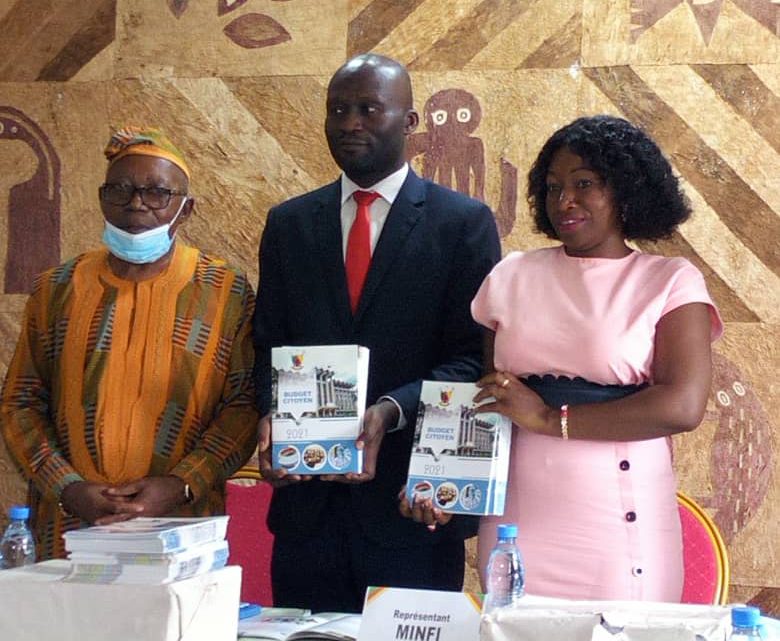 On April 15, 2021, was held in the conference room of the Hotel des Députés in Yaoundé, an official opening ceremony for the training of trainers who will be involved in the dissemination of the Citizen’s Budget 2021 in the Decentralized Territorial Communities of Cameroon.

This ceremony was organized by the Institute of Higher Studies on Territorial Governance and Decentralization which participates in the dissemination of concepts relating to transparency in public finance management in Cameroon. In addition to the officials of the said Institute, officials of the Ministry of Finance, deputies and senators of the Department of Kadey, expert trainers, trainers and journalists from the national media and press took part.

In his introductory remarks, the Director of the Institute of Higher Studies on Territorial Governance and Decentralization indicated that his institute has undertaken and committed itself to disseminate the Citizen Budget 2021 throughout the national territory starting with the Department of Kadey in the Eastern Region. This dissemination will be launched in Batouri during the Rural Entrepreneurship Forum of Kadey scheduled from 28 to 29 April 2021 to encourage the general public to participate in the wide dissemination of the document.

Taking the floor, the Representative of the Ministry of Finance Mrs. MEKIA Félicité Linda, Head of the Unit for the Consolidation of Budgetary Accounts of the General Directorate of Budget made a point of specifying that the citizen budget is a simplified budgetary document to facilitate the understanding of non-specialists with a view to improving citizens’ access to budgetary information. Through this initiative, she continued, the Government is applying Article 49 of Law No. 2018/011 of July 11, 2018 on the Code of Transparency and Good Governance in the Management of Public Finances in Cameroon. Thus and in continuity with previous editions, the third publication of the citizen budget informs the population on the main orientations of the 2021 budget. It highlights the data and information useful for the calculation of the budget, the resources and expenses of the State as well as the provisions of the finance law, particularly those related to improving the quality of life of the population. In addition, this Citizen’s Budget aims to inform citizens about the macroeconomic and budgetary framework, the new tax provisions, the main priorities of public spending as well as the debt situation for the year 2021.

To close this ceremony, the Representative of MINFI proceeded to the symbolic handing over of the didactic training kit to the head of the Institute of Higher Studies on Territorial Governance and Decentralization.