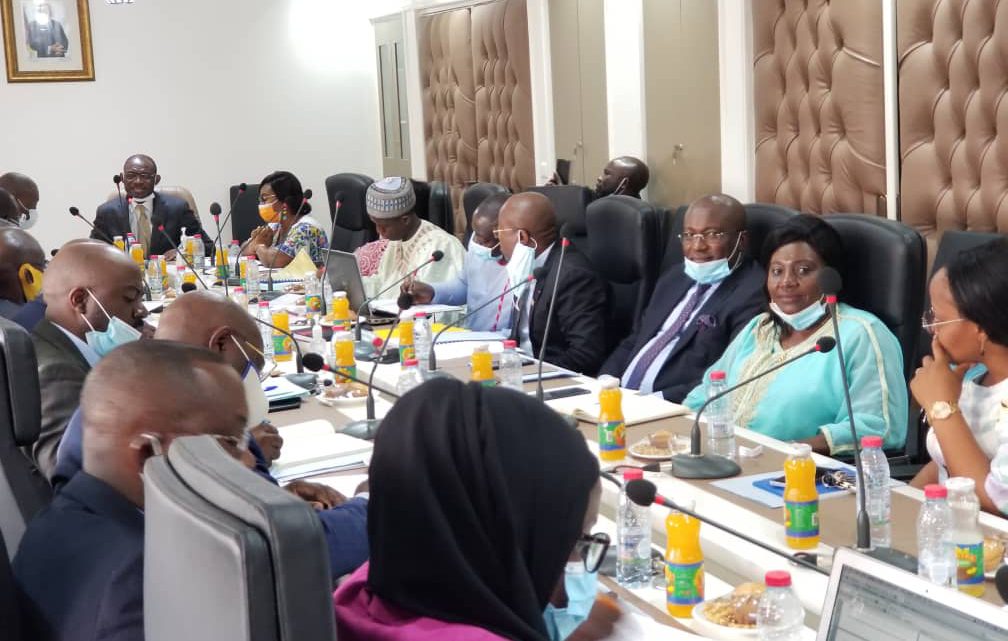 On Tuesday 08 June 2021, the Director General of Budget, Mr Cyril Edou Alo’o, chaired the coordination meeting of regional financial controls (RFC). The agenda covered four (4) main points, namely: the execution of the budget of the regions for the first semester, the feedback of budgetary information, the internal management of services and the difficulties encountered.

Budget execution in the regions: more synergy between actors

With regard to the execution of the regions’ budget, it was observed that the misinterpretation of the latest general regulations on public accounting leads to differences in the data used to report budgetary information. In fact, the municipal receivers believe that they are the ones who must report the information, and this is in addition to what the financial controller consolidates for transmission. This dysfunction tends to inflate the figures and distort the system for reporting budgetary information. On this subject, the Chairman of the meeting asked the Regions to monitor these operations and to inform the Paymaster General (TPG), if necessary.

IT for budget information feedback

As far as information feedback is concerned, the option adopted is to send teams to collect the databases which must be centralised in the IT Division. To facilitate this work, it is planned to create access keys in the servers to collect the information, but until the relevant file is validated, the collection is done in the field with the collaboration of the FCRs.

With regard to the internal management of the services, the problem of the competences and coordination of the activities of the Regional Control Brigades in the FCRs was mentioned.

The difficulties encountered are both general and specific. In general, the financial controllers noted

– the instability and/or obsolescence of the servers

– the recording of expenses in the CADRE software without them being authorised. This poses a problem of collaboration between PROBMIS and CADRE and of accurate reporting of budget information. The Head of the Informatics Division nevertheless noted the problem linked to the autonomy of the PROBMIS system;

– the lack of financial resources for organising meetings with departmental financial controllers to ensure coordination of budget execution in the region. In this regard, the Division of Budgetary Control, Audit and Quality of Expenditure (DCOB) reassured the regions of the measures that are being taken to facilitate this activity;

– the transmission of PROBMIS files to the General Treasury (TG) as well as the computer processing of Irrevocable Transfer Attestations (IVA);

At the end of the meeting, the following recommendations were made

To the technical team in charge of preparing the meetings

– To the technical team in charge of preparing the meetings: – to prepare the next meetings by identifying the summary situation of the problems in each region as well as the budgetary information.

To the IT Division

– Correct the problem of budget information being fed back into PROBMIS, which is only done by assigning accounting post. To do this, a “financial control” field must be added;

– Ensure that all financial controllers who do not have PROBMIS but who process expenditure on delegated appropriations in this system have accounts to perform the tasks;

– Reviewing the progress of work on budget information feedback (signature of the instruction);

In the Budgetary Control, Audit and Quality of Expenditure Division

– Facilitate meetings at regional level with the departments;

– Prepare the elements for the next meeting (budget execution, budget information feedback, etc.);

– transmit the activity reports within the regulatory deadlines.