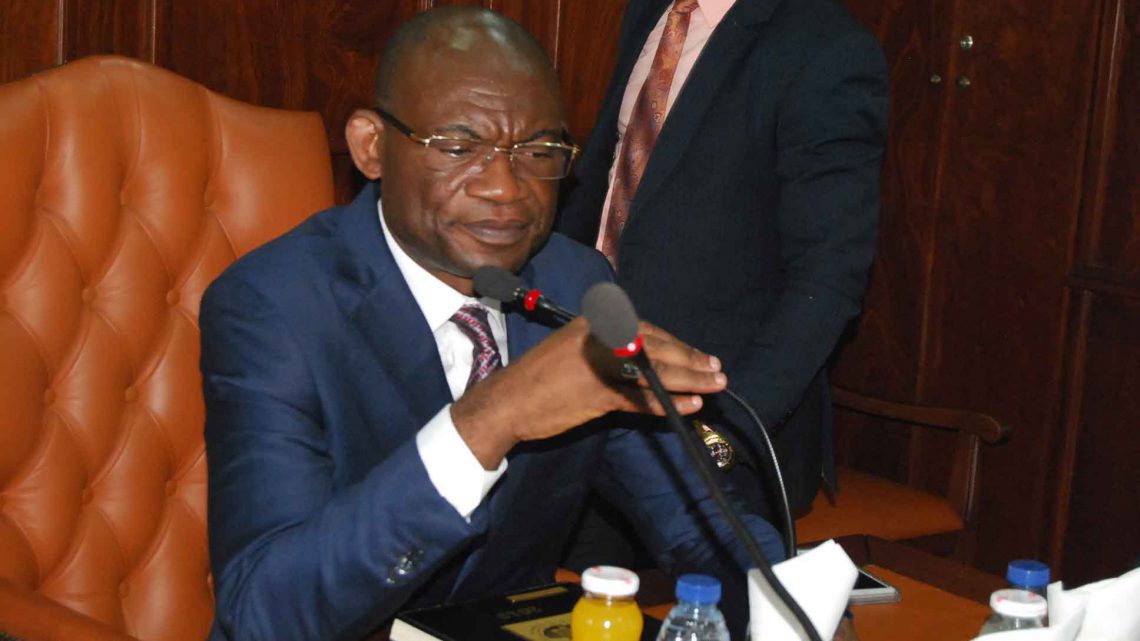 Under the general supervision of the Director General of Budget, Mr. Cyrill Edou Alo’o and the Technical Coordination of Mrs. Augusta Tabenyang, Head of the Division of Budgetary Control, Audit and Quality of Expenditure, was held from August 17 to 21, 2020 at the Yaoundé Hilton Hotel, phase 3 of the training cycle for Financial Controllers.

This seminar was organized to strengthen the capacities of the Financial Controllers in order to enable them to better accompany the entities they are placed with for a harmonious and optimal execution of the budget. Several reasons justify the setting up of this vast training plan, among which the appointment of new personnel to the General Directorate of Budget who, for the most part, have no knowledge of the profession of control and public finance. In addition, one of the most important reasons is that in December 2011, the CEMAC community legislator issued directives to regulate public finance management in the community. These directives came four years after the major reform that had been underway since 2007. It was a question of internalizing this framework by aligning our legal corpus with it. Hence the 2018 laws on the Code of Transparency and Good Governance and the State Financial Regime, and all the regulations that flow from them. These laws establish the FC as a full-fledged actor in the execution of public budgets and set out the content of its new responsibilities. For this reason, it is essential for MINFI and the DGB to adjust their qualifications accordingly.

For five (5) days, ten (10) experts discussed training modules validated by the hierarchy with the Financial Controllers. These modules range from the general framework of public finance management to ethics, passing successively through the role of the FC in the PPBS chain, the budget nomenclature of the State, EPs and CTDs, taxes and duties in the budgetary procedure, the role of the FC in public contractualization, internal control, control of pay and pensions, performance management tools, administrative drafting and archiving in a FC and budgetary procedures and reporting of activities in a FC

A minimum of discipline was expected from everyone, including punctuality, attendance and active participation in the work.

The seminar management protocol included compliance with health safety measures, including the routine wearing of nose plugs inside the room and the Hilton.

Evaluation sessions of the participants and the seminar were organized. The evaluation of the participants was done in the framework of the exercises prepared by each expert and which were distributed in the room. It allowed to know if the targets appropriated the modules on the one hand, but also to collect from them the feeling they received from the seminar and the impact on their future performance on the other hand. This will allow us to adjust future seminars and report back to the hierarchy.

Before the actual start of the work, the participants expressed their expectations of this seminar. Their concerns were related to :