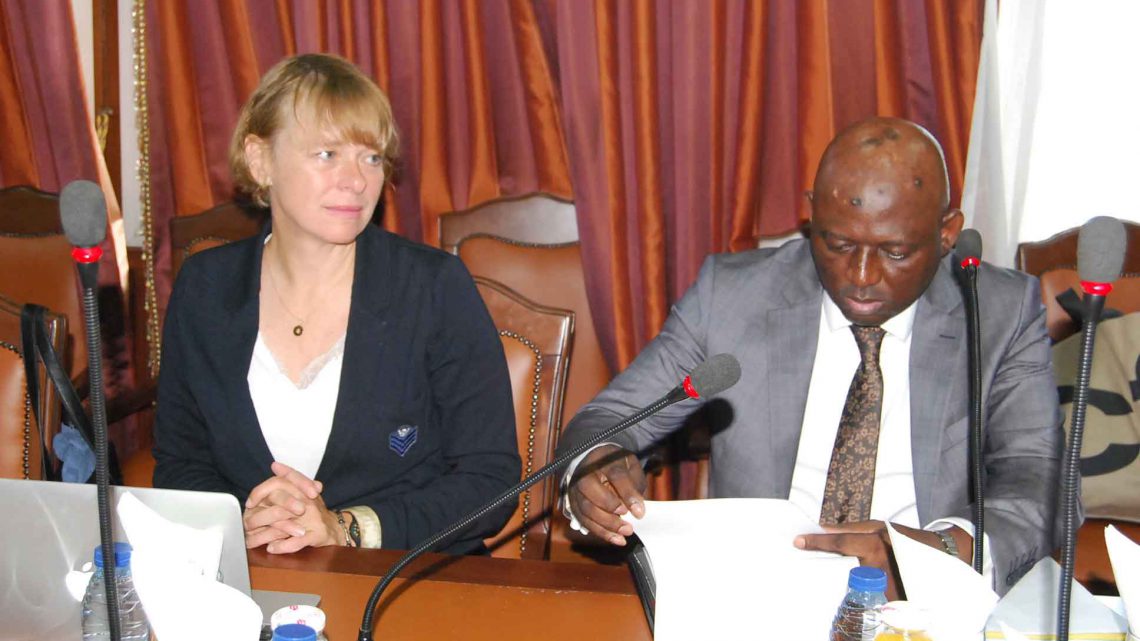 The 10th session of the Public Finance Reform Steering Committee was held at the Hilton Hotel in Yaoundé on Friday, August 21, 2020 with the participation of the implementation structures (SMO) of the Comprehensive Public Finance Management Reform Plan (CFMRP 2019-2021) for the period. It was part of the restitution of the quintessence of the level of implementation of the first six months of the Annual Operational Plan 2020 (AOP); This session allowed to evoke the difficulties and the constraints met during the aforementioned period as well as the perspectives of improvement for a promising execution of the reforms in the second quarter 2020.

Chaired by the Minister of Finance, the agenda focused on 4 points, namely

In his opening remarks, the Minister of Finance first expressed his pleasure at chairing the session. He praised the efforts made by the technical and financial partners and civil society within the Committee of the Platform for Dialogue on Public Finances. He then expressed his gratitude to the constitutional institutions for their unfailing involvement in the various activities carried out by the government to strengthen budgetary and financial governance.

The Minister of Finance added that the effective implementation of CAS COVID-19 will require compliance with the spirit of the provisions of the 2018 legal framework for public finance, namely: the code of transparency and good governance in the management of public finances and the financial regime of the State and other public entities. Also, the continuation of the signature of the application texts, the development of methodological tools and their effective application remains a priority for all.

However, notwithstanding the uncertain environment of COVID-19, there are notable advances:

Still enumerating the successes mentioned, the Minister of Finance recalled previous progress, notably the decrees on the State’s accounting plans, the State’s budgetary nomenclature and the State’s financial operations table signed on September 9, 2019 by the Prime Minister, Head of Government; as well as the laws of July 11, 2018 on the Code of Transparency and Good Governance in the management of public finances and the financial regime of the State and of other public entities

He also mentioned the importance of the Budgetary Orientation Debate, where the legislative power pronounces on the macroeconomic and budgetary framework and decides on the government’s public policy options in the medium term.

In view of the above, the Minister of Finance opened the debate by giving the floor to Mrs. Sophie BOUMSONG, Head of the Budgetary Reform Division and Mr. KONGO ELANGA, Director of Material Accounting at the Ministry of Finance.

Reacting to this, the heads of the various SMOs such as SENAT, CARPA and SPRA advocated the creation of a statistics unit in each ministerial department, the need to explain the basis and importance of the law on MTEFs, but deplored the lack of information on the reform of the specialized pay offices and their lack of implementation. In addition, speaking of the budget orientation debate, the parliamentarians criticized the late distribution of information and documents and wished to have them in time.

Following this development, the various SMOs, and particularly the Minister of Finance, wondered about the link between the Ministry of Finance and the Ministry of Lands and Property. In addition, they wanted to know how to do the patrimonial accounts, the interaction between subject accounting and the PROMBIS application, the non materialization of accounting documents in the field, the lack of personnel in this area and the delimitation of competences at the DNCM.

The DNCM stated that MINFI is responsible for the transfer of accounting assets, the disposal of these assets and their accounting. On the other hand, MINCAF is in charge of the management and maintenance of property, the acquisition of property in the administration, and the State’s policy on property and cadastral matters.

As for the personnel, Mr. KONGO ELANGA gave the history of this profession which was born in 1982; the sector was closed in 2002, reopened a few years later and closed once again in 2008, hence the lack of trained personnel. From these exchanges, the DNCM has requested an application for the accounting-subjects in order to facilitate the production of accounts, the inventory policy, the management of the collection and reporting of accounting information,

At the end of the proceedings, MINFI again congratulated and praised the efforts made by the Public Finance Reform Steering Committee and insisted on the need to continue the reforms through the internalization of accountability stakeholders. With regard to the difficulties encountered, MINFI recommended that the funds allocated to the Reform be carefully monitored

With regard to communication, he insisted on the information to be given but deplored the fact that it is excessively self-centered. It must be open and accessible to all and promote public-private partnership. He also pointed out that reforms often take a pause; to this end, it is important to propose solutions, to question oneself to see if they are sufficiently understood in order to make them sustainable.