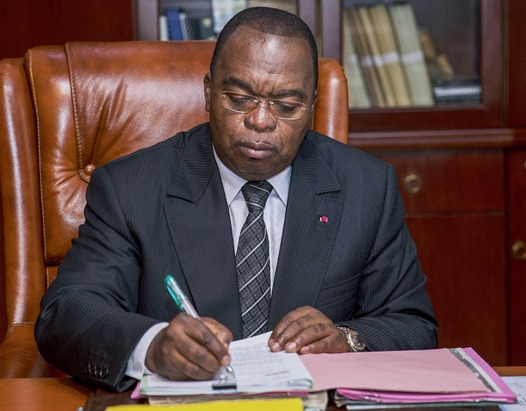 In a circular signed on 30 December 2022, the Minister of Finance (MINFI), Mr. Louis PAUL MOTAZE, gave the main guidelines on the execution of the finance law for the 2023 budgetary year.

At the outset, MINFI recalls the context in which the 2023 budget law is being implemented. Indeed, at the national level, the priority is to continue the implementation of the National Development Strategy 2020-2030 (NDS30) and the Economic and Financial Programme concluded with the International Monetary Fund (IMF) in July 2021. In addition, attention will be paid to the finalization and commissioning of the remaining major first-generation projects and the continued preparation of second-generation projects. This is without forgetting the fragility of social cohesion, which must be consolidated through the decentralization process, the pursuit of the import-substitution policy and the construction of regions affected by the security crises, particularly those of the North West, South West and Far North.

After this reminder of the national context, the country is experiencing the negative externalities of the international turmoil, which is having a strong impact on its budget execution. These include the Russian-Ukrainian crisis, which leads to constant fluctuations in the price of oil and shocks to energy and food prices, “thus accentuating pressure on public finances’’.

In this respect, “the 2023 budget law aims at reducing the budget deficit by 0.8 percentage points, from 1.9% of GDP in 2022 to 1.1% in 2023. In this perspective, the objective will be to maintain the debt rate at 45% of GDP for the 2021-2023 period, below the threshold of 70% of GDP set by the CEMAC,” MINFI said. To achieve this, coherence between the pace of expenditure and revenue collection should be ensured through planning and anticipation of expenditure.

The Minister of Finance is therefore calling on all public administration officials, the managers of Public Enterprises and Establishments (EEP), the Heads of Regional and Local Authorities (RLA), the Managers of projects and programs and those ranking as such, and the officials in charge of Control bodies, to “mobilize collaborators under their authority in view of the stakes, challenges and objectives inherent in the efficient and harmonious execution of public budgets on the account of the 2023 fiscal year”.