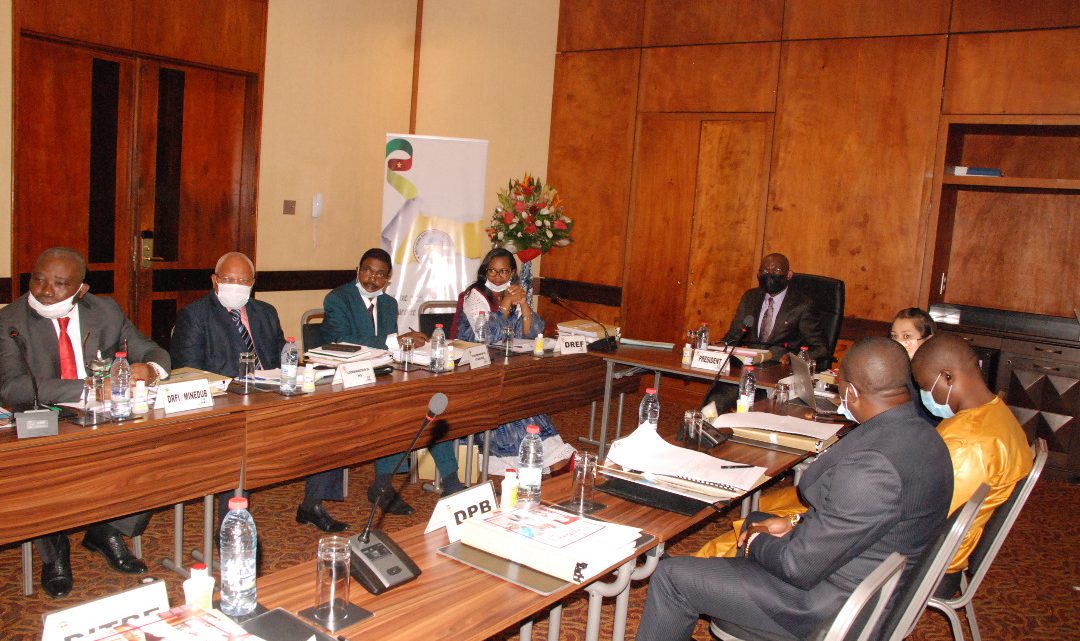 The fourth session of the Monitoring Committee on Budgetary Support for the Third Debt Reduction and Development Contract (ABS 3rd C2D), for the three-year period 2020-2022, was held at the Yaounde Hilton Hotel on Friday 30 July 2021.

Chaired by Mr. EDOU ALO’O Cyrill, Director General of the Budget (DGB), who is also the Chairman of the said Committee, this session was attended by all its statutory members. These were the representative of the French Development Agency (AFD), the representative of the C2D STADE, representatives of the beneficiary administrations of the SBS, namely the Ministry of Basic Education (MINEDUB), the Ministry of Public Health (MINSANTE), the Business Upgrading Bureau (BMN), the Social Nets Project, the sector staff of the Budget Preparation Division (DPB), as well as the officials of the Ministry of Finance (MINFI) involved in the monitoring of the ABS of the 3rd C2D. Representatives from the Ministry of Public Service and Administrative Reform, Local Development, and the Economy, as well as the Technical Assistant recruited to monitor the ABS, were also present at this important meeting.

The session was marked by two highlights, namely the protocol phase and the examination of the technical and financial implementation reports of the ABS for the 2021 financial year.

The Director General of the Budget, in his address, welcomed the participants, and particularly Mrs. Gaëlle ANGOT, Head of the AFD Governance Project Team.  He then recalled the overall context of the execution of the State budget which is marked by the restriction of activities and economic disruptions caused by the COVID 19 pandemic, the expected global recession of this pandemic and the uncertainties on the economic prospects due to the possibility of a new wave of infection. In addition to the impact of the health crisis on the technical and financial implementation of the SBS for the 2021 financial year, the instability observed in the South West and North West regions as well as in the North and East parts of the country should be noted.

Continuing his remarks, the DGB indicated that, in the C2D Contract, these ABS are aimed primarily at the social sectors and the recovery of the most fragile regions of Cameroon. They are in line with both sector objectives, as set out in the national strategies, and objectives in terms of strengthening public finance management and appropriation of the provisions of the revised Fiscal regime of the State. Finally, this support supplements C2D project aid. As such, and with a view to sustainability, they contribute to the gradual integration – within the State budget – of public policy measures previously supported through the “project” mode.

Before the start of the work phase itself, the DGB outlined the methodological approach which consists of each representative of the beneficiary government departments presenting their technical and financial execution reports for the 2021 financial year. These are MINEDUB, MINSANTE, BMN, PFS and MINFI.

At the end of the presentation of these technical and financial execution reports for the C2D 2021 ABS, it was found that the overall rate of consumption of ABS credits to date is low. This can be explained by the delay in the execution of certain contracts already programmed and the information feedback from devolved areas. At the end of these presentations, the main point discussed was the system for reporting budgetary and financial information to the devolved areas. To this end, the beneficiary government departments of the ABS were reminded to work together with MINDDEVEL, RLA and MINFI in order to formalise the information feedback mechanism within the context of monitoring the management of credits in the regions.