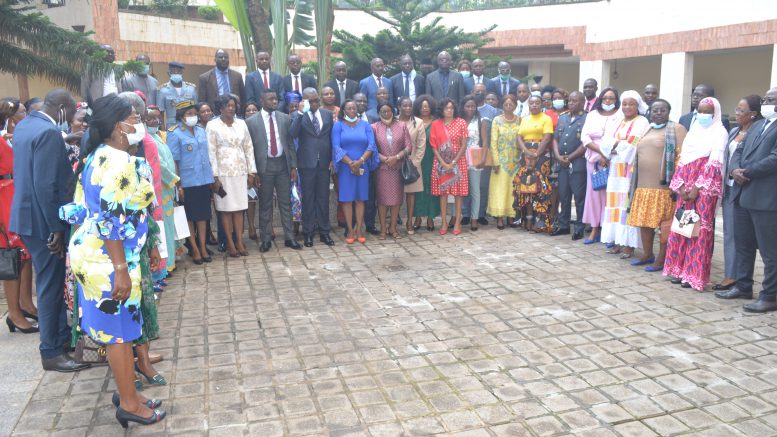 Chaired by the Director of Personnel and Pensions (DDPP) in place of the Director General of the Budget, the ceremony for the presentation of the practical guide for the processing of salaries and pensions was held on 24 June 2021 at the Yaounde Hilton Hotel.

Present at the ceremony were the Director of Personnel and Pension Expenditure, Head of the Division of Budgetary Control, Audit and Expenditure Quality (DCOB), all the officials of the Department of Personnel and Pension Expenditure up to the rank of Service Head, officials in charge of salaries and pensions in the various public bodies as well as some former actors in the salary processing chain.

In his opening address, the DDPP mentioned some of the reasons that led the Minister of Finance to instruct the production of the “Practical Guide for the Processing of Salaries and Pension in Cameroon’s Public Administration”. Mainly, we can mention:

By providing better guide to users and pooling processing techniques, this guide will allow for effective and efficient processing of salary and pension files and will ensure better quality of public spending.

The guide, produced in English and French, is the result of the combined efforts of old and new salary actors. It describes the procedures and techniques for managing salaries and disputes, processing pensions, consolidating the pay file, providing IT support for salary management, drawing up summaries and various studies on salaries and pensions, as well as the historical facts likely to affect current and future processing. This description is made taking into account the current context of devolution of pay management.

During the ceremony, the guide was handed over to all the stakeholders in the salary processing chain as well as to the control and audit actors.

The practical guide for the processing of salaries and pensions in the Cameroonian public administration, also called “the salary bible”, has thus become a reference document for salaries and is now available to all to make good use of it.