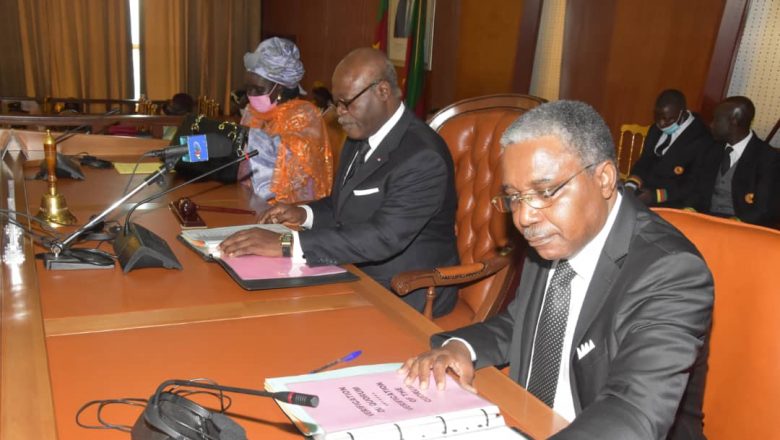 The government has just tabled the Cameroon Finance Bill for the year 2023 for consideration by Parliament. The State budget is balanced in terms of resources and charges at CFAF 6 345.1 billion against CFAF 6 080.4 billion in 2022, an increase of CFAF 264.7 billion, representing a rate of 4.4% compared to 2022. The general budget amounts to CFAF 6,274.8 billion, while that of the special allocation accounts is CFAF 70.3 billion compared to CFAF 102.7 billion, due to the withdrawal of the S.A.C. previously earmarked for financing the fight against COVID 19. The increase recorded by the general budget is 297.1 billion (+5%) compared to fiscal year 2022 when it stood at CFAF 5 977.7 billion.

This budget has been drawn up in a context marked by the slowdown in global economic growth, which is projected to be 2.7% in 2023 at the international level. Inflation is expected to fall to 6.5% as a result of the disinflationary monetary policies implemented by central banks. The same decrease is expected in the CEMAC zone, where the rate is projected at 3.3%

At the national level, the drafting of this bill was based on several factors, notably on macroeconomic projections. These are based on a growth rate of 4.2% against 3.7% in 2022, despite the contraction of activity in the oil sector. Inflation will remain under control at 3% against 4.6% in 2022.

Consult the appendices of the 2023 finance laws here

Overall, internal revenue and grants are projected at CFAF 4 676.4 billion, an increase of CFAF 453.3 billion compared to the 2022 rectifying finance law, where they stood at CFAF 4 223.2 billion, an increase of 10.7% in relative value. These revenues are as follows: CFAF 807 billion for oil and gas revenues; CFAF 3 528.1 billion for tax and customs revenues; CFAF 250.4 billion for tax revenues and CFAF 91 billion for grants. General budget expenditure, excluding debt, is estimated at CFAF 4 536.1 billion, including interest on the debt. They are up by 118.7 billion, or 2.7% in relative value compared to the 2022 fiscal year.

Among other innovations, this bill provides for the creation of a special allocation account to support the reconstruction of regions affected by the security crisis. This account will be financed to the tune of 15 billion CFA francs. The other innovation is the introduction of a specific annex on budgetary risks. Also, the legal framework relating to the mobilisation of certain service revenues will be revised.

Audit of the floating debt: The Minister of Finance extends the deadline for the submission of claims confirmation documents