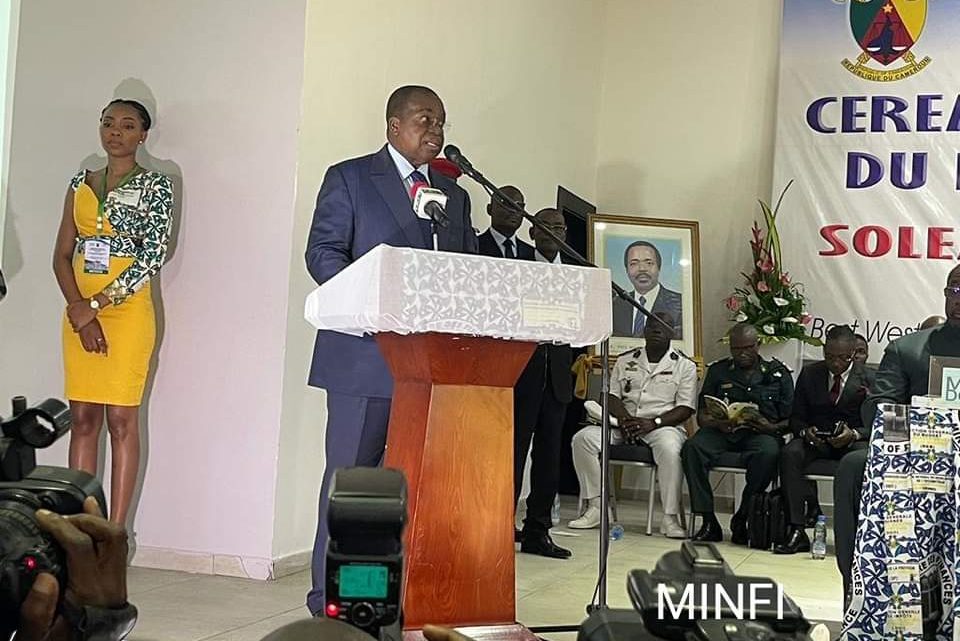 The Minister of Finance, Louis Paul Motaze, has invited all those involved in the execution of the budget to be aware of their responsibilities in the attainment of Cameroon’s development objectives.

In their capacity as the starting point for the execution of public expenditure, authorising officers, contracting authorities and delegated contracting authorities are responsible for the timely commencement of invitation to tender procedures, notably the preparation of consultation documents, the launching and awarding of contracts and the commitment of related expenditure. They are also in charge of monitoring the execution of works or services until their completion. To this end, Minfi urged them to proceed from January 23, 2023, to the launch of procedures for all contracts that are within their competence, so as to give economic operators the opportunity to bid and perform the said services within the time limits and in accordance with the predefined specifications.

The commitment of the economic operators

They were reminded of their strategic position as partners without whom budget execution could not be achieved. ” you are the main contributors to the State budget, and the level of tax revenue realisation depends essentially on your adherence to the Government’s fiscal policy, and your willingness to take part in its implementation. Also, facilitation measures are included in the Republic’s finance laws in order to improve your relationship with the tax administration. You also act as service providers and, as such, you are responsible for the proper execution of the work and services entrusted to you by the project owners. Your professionalism, I want to say your economic patriotism is the foundation on which the economic and social development of the Region” the Minister of Finance hammered.

The call to the devolved services

To the devolved services of the Ministries in charge of Finance, the Economy and Public Procurement, Louis Paul Motaze reminded them that they are at the heart of the budgetary and financial life of the Region. Consequently, they are the custodians of the management rules, the guarantors of the respect of procedures and the accompaniment of the various actors. To this end, he emphasised that the efficient execution of the budget depends to a large extent on their mastery of the various public management tools and the speed with which they process the files submitted to them. While urging them to put in place all the necessary mechanisms to facilitate the processing of files, Minfi invited them to respect the ethical and deontological rules required in the exercise of their respective functions. Furthermore, he urged them to be more than in the past, true advisors to taxpayers and users of public services. He also urged them to be relays of awareness, training and explanation of the new measures included in the 2023 finance law in order to avoid any ambiguity that could lead to diverse interpretations and be detrimental to the relationship of trust they have built so far.

The local elected officials were first congratulated by the minister before being reminded about the actions to be improved upon, such as the principle of the single treasury account. “I would like to seize the opportunity offered to me here to congratulate you on the sacrifices made by everyone for the successful implementation of decentralisation. (…) It is important to recall that decentralised local authorities do not escape the principle of the single treasury account and its main corollary, the pooling of resources. This pooling of resources, as you must know, is consubstantial with the notion of the Republic and is imposed on all its branches. I even want to say that the basis of the notion of a single account lies in the need for our country, whose administrative organisation is unitary although decentralised, to give all its communities the same opportunities in terms of availability of resources. I would therefore like to specify that the resources meant for the RLAs are made available according to the collection of State revenues, but they are meant to be mobilised to pay for expenses incurred, realised, liquidated and ordered and are not meant to be hoarded in accounts opened in commercial banks. “

Louis Paul Motaze invited them to mobilise their energies to accelerate the implementation of projects retained in their respective budgets by showing more realism in the voting of future budgets, taking into account the level of realisation of previous budgets and the absorption capacity of the credits made available to them, so as not to trigger a spiral of indebtedness detrimental to public finances.

To this end, the financial controllers and municipal revenue collectors were urged to continue to show collaboration and professionalism for a better accompaniment of the regional andlocal authorities.