Launch of Phase 2 of the Open Government Project in Cameroon 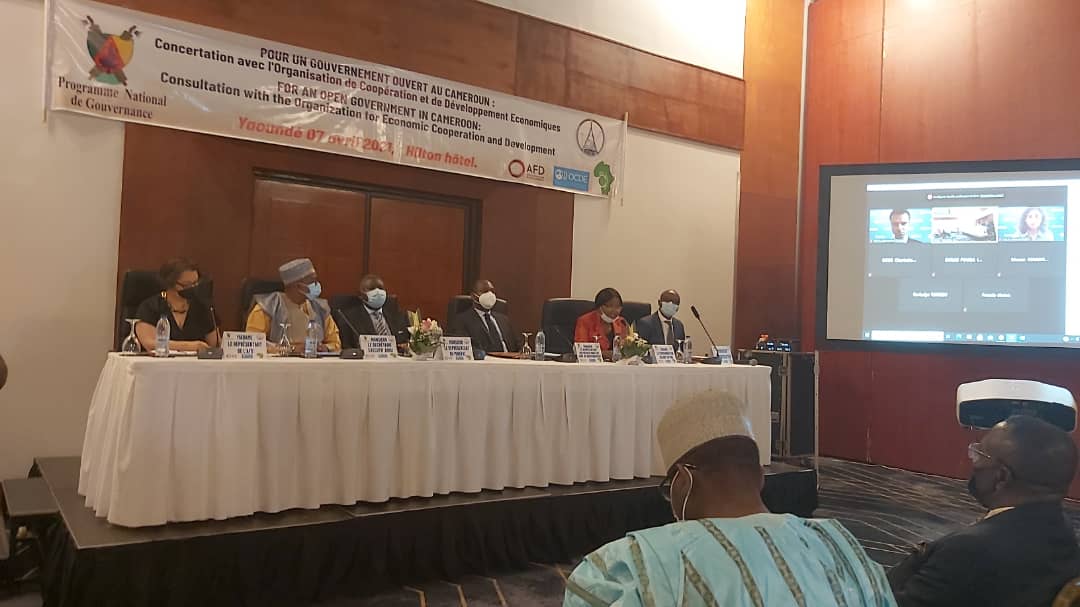 On Wednesday, 7 April 2021, the launch ceremony of the second phase of the Open Government in Cameroon was held at the Yaounde Hilton Hotel under the chairmanship of Professor PEKASSA NDAM, representative of the Prime Minister, Head of Government, Joseph DION NGUTE. This conference, jointly organized by the Organization for Economic Co-operation and Development (OECD), Ministry of Economy and Regional Development (MINEPAT) and National Governance Programme (NGP) with the support of the French Development Agency (AFD) also aimed at presenting to the various parties the methodology and working tools that will be adopted in the analysis for the roadmap of ‘Open Government in Cameroon’.

Historically, this mode of governance has been consecrated at the international level by the creation in September 2011 of the Open Government Partnership (OGP), which brings together 75 governments, including 5 French-speaking African countries. Cameroon’s membership is an initiative led since 2016 by the NGP in close collaboration with the Association for Integrated Development and Interactive Solidarity in Cameroon (ADISI), an NGO that works for development through the prism of Governance. To this end, Cameroon participated as a guest in the Abidjan seminar in 2018 for the implantation of best practices of Open Government. Between 2019 and 2020, the NGP undertook work to promote the principles of Open Government and a working group including public officials, parliamentarians, local elected officials and civil society was set up to advocate for Cameroon to join the Open Government Partnership. The work of the group resulted in a report that will serve as an input for the development of the roadmap with the technical support of OECD experts.

At the end of the presentation of the cooperation project, the OECD experts stressed that the roadmap resulting from this second phase will be aligned with the reforms underway in the country.