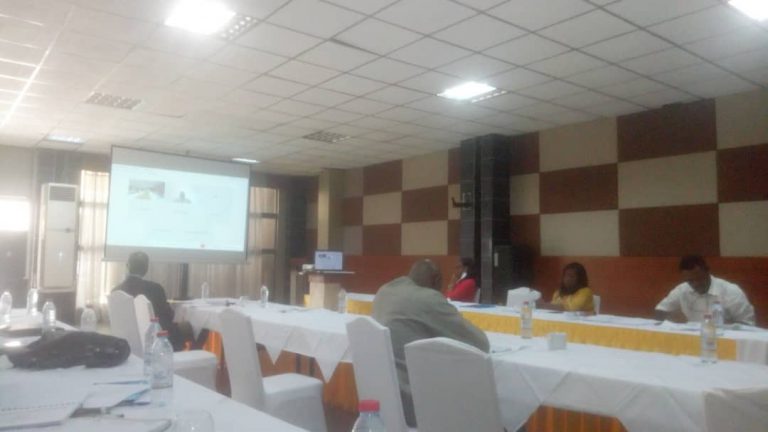 From Monday, April 26 to Friday, April 30, 2021 was held in the conference room of the Hotel LA FALAISE in Yaoundé, the workshop for the co-construction of tools for the operationalization of the Gender Responsive Budgeting (GRB).

Co-chaired by Mrs. Sophie BOUMSONG, Head of the Budgetary Reform Division and the joint team of experts from the Public Finance Department of the IMF/AFRITAC Centre, this meeting was attended by several administrations such as MINFI, MINPROFF, MINSANTE, MINEDUB, MINEPAT, MINDDEVEL, MINADER, UN-WOMEN, GIZ, the Civil Society as well as staff from the Budgetary Reform Division

The objective of the workshop was to contribute to the development of tools for the operationalization of gender budgeting.

The restitution session of the aforementioned mission coupled with workshops for the co-construction of tools for the operationalization of Gender Responsive Budgeting (GRB) was based on five (05) main themes, namely

The workshop also examined the entry points for gender in the budget cycle in Cameroon. The aim was to consolidate the uniqueness of the budget cycle, to introduce the gender perspective in the preparatory phase, to integrate the gender prism in the medium-term macro-budgetary programming and to prepare a budget with guaranteed gender sensitivity. The Ministry of Finance, through the Directorate General of the Budget, plans to implement gender budgeting as of the 2022 budget year with certain pilot administrations. To this end, the elaboration of the Medium Term Expenditure Framework (MTEF) will integrate the gender perspective at all stages of the budget cycle, which will thus represent important entry points for GRB and will therefore have gender sensitive programs, objectives and indicators.

At the end of the workshop, some recommendations were made. They are :